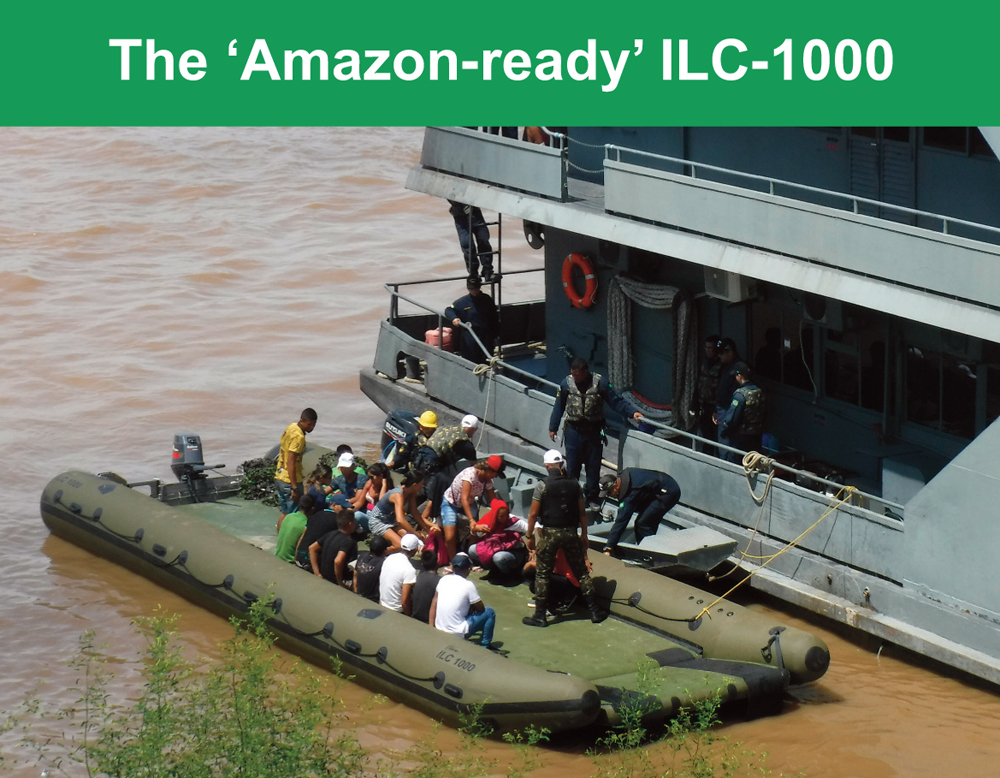 During the second week of November (6th-13th), Marine Specialised Technology (MST) and sister company Specialised Inflatable Technology (SIT) took part in the Multinational, Inter agency Logistics Exercise, AMAZONLOG, located in the state of Amazonas, Brazil, which shares a border with Colombia and Peru.

The exercise was conducted by the Brazilian Army Logistic Command and attended by military personnel from Colombia, United States of America and Peru. There were also military observers from friendly nations, as well as representatives from a host of police forces, government agencies and departments, the Brazilian industry sector and other international companies.

For eight days, troops and agencies worked through limited tactical and humanitarian scenarios, based on issues faced by the triple border region, in order to test logistical solutions, as well as evaluating the interoperability of equipment, systems, and procedures.

The main humanitarian exercise, based on the Amazon River, involved a large river ferrywhich faced an on-board fire emergency, with multiple casualties on board. The exercise was coloured by several large explosions, real fires and extremely vocal ‘casualties’, screaming continually. It certainly added excitement to the event, which took place in challenging temperatures, often exceeding a sweltering 38oC (around 100 degrees fahrenheit).

The initial response came from Brazilian Civil Defense and Emergency Team personnel, who quickly controlled the blaze and triaged the casualties.

The ILC-1000 – a real performer under pressure situations

With Gary at the helm, the ILC-1000’s stability and payload performance was then utilised to quickly and efficiently transfer the casualties across the turbulent and hazardous waters of the Amazon, to the waiting Hospital Ship.

Gary commented ‘The ILC-1000 performed really well throughout the event. The conditions were challenging to say the least – the sun was so intense it was unlike anything I’ve ever experienced. But Andrew and I were really proud of how the ILC-1000 coped; the design of the craft and the robust nature of the materials selected by our designers and engineers were justified to the max.’

Gary continued ‘What also become very evident, was the impressive capacity of the payload performance once deployed. Whatever was thrown at it, the ILC-1000 was up to the job, wether it be transporting casualties, heavy vehicles or equipment. The compact pack size of the ILC1000 when packed was also of major interest. Overall, the ILC-1000 raised eyebrows and gained a significant level of interest from a number of participants and observers.’

All-in-all, it is very much, ‘Mission Accomplished’ as far as MST are concerned!