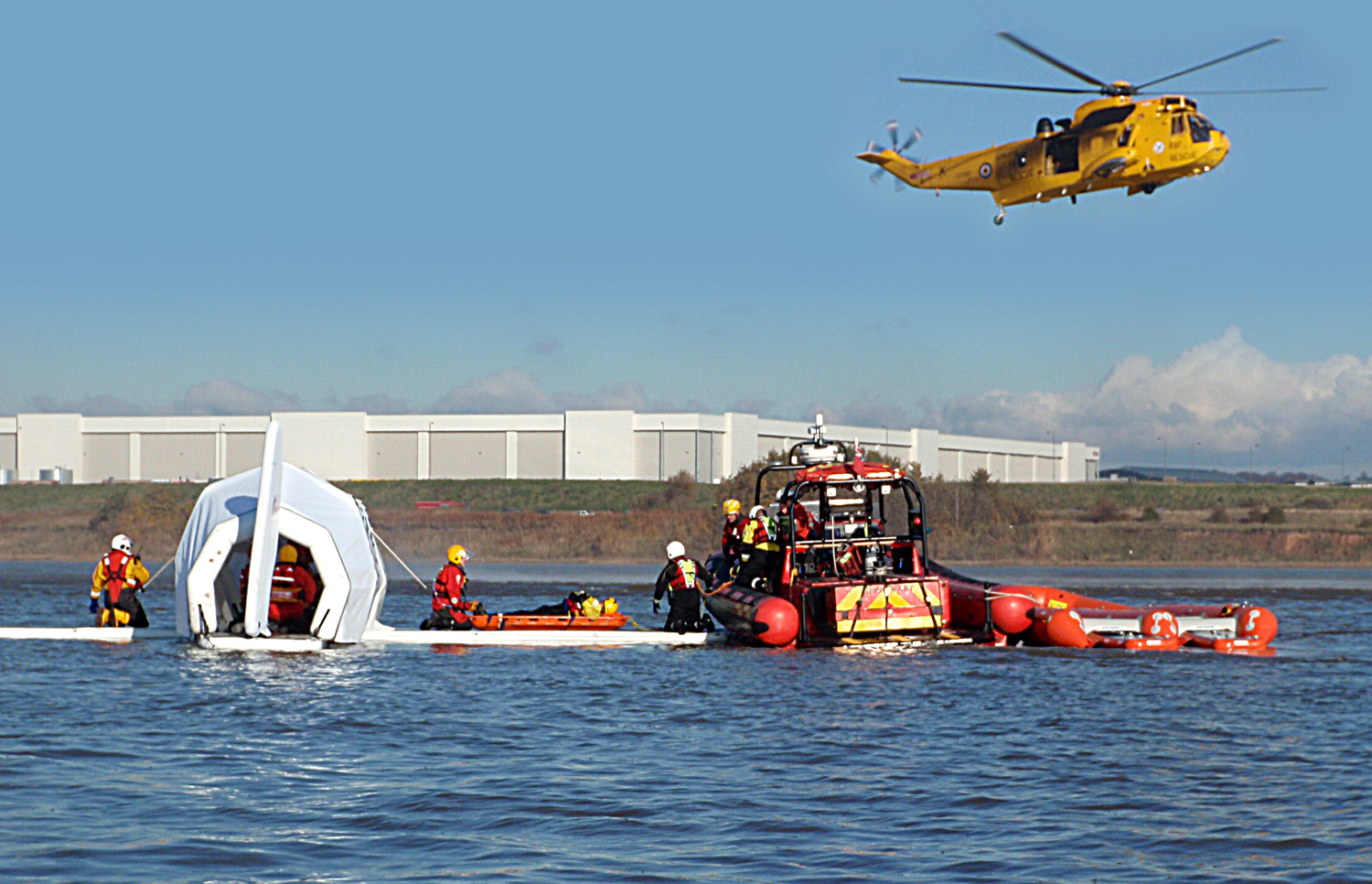 The risk of an aircraft ‘ditching’ is an all too real scenario with many examples around the world in recent years.

Aircraft incidents are extremely challenging for rescuers, demanding both rapid response and a high level of hazard knowledge. Remote sites, adverse terrain and water all compound critical operations which are necessary to respond effectively.

While classroom training is useful for such incidents, the opportunity for Emergency Services to experience a simulation of the real thing is invaluable –especially when simulated in the locations within which they operate. Location turns an invaluable exercise into an essential one, in order to ensure they are as prepared as possible.

Specialised Inflatable Technology (SIT)
MST’s training division, MST Safety & Training Services, offers a wide range of training courses. Up until recently, training for ditching has been almost impossible but as a result of some ground-breaking development and innovation MST’s Specialised Inflatable Technology (SIT) division, Emergency Services and Rescue Organisations can get access to a new ‘Aircraft Incident Training Simulator’, either at our training locations or at an operator’s location, with the aid of our highly trained and experienced instructors.

Easily deployed, anywhere in the world
The Simulator can be transported anywhere in the world – from a small and easily transportable case– due to its inflatable construction, to environments which replicate the most likely conditions where incidents could be anticipated. The Simulator can be deployed in tidal coastal waters, rivers, inland waterways and marsh environments, as well as industrial sites, urban areas, forests and even remote mountain sites.

Kirsteen Davies, Manager of the River Active site on the River Dee near Llangollen said ‘The feedback I received from the water rescue teams about the Simulator was amazing. They loved the idea of using training equipment that represented a real aeroplane, in a difficult to reach situation. There were a quite a few passers-by who had to look twice!’