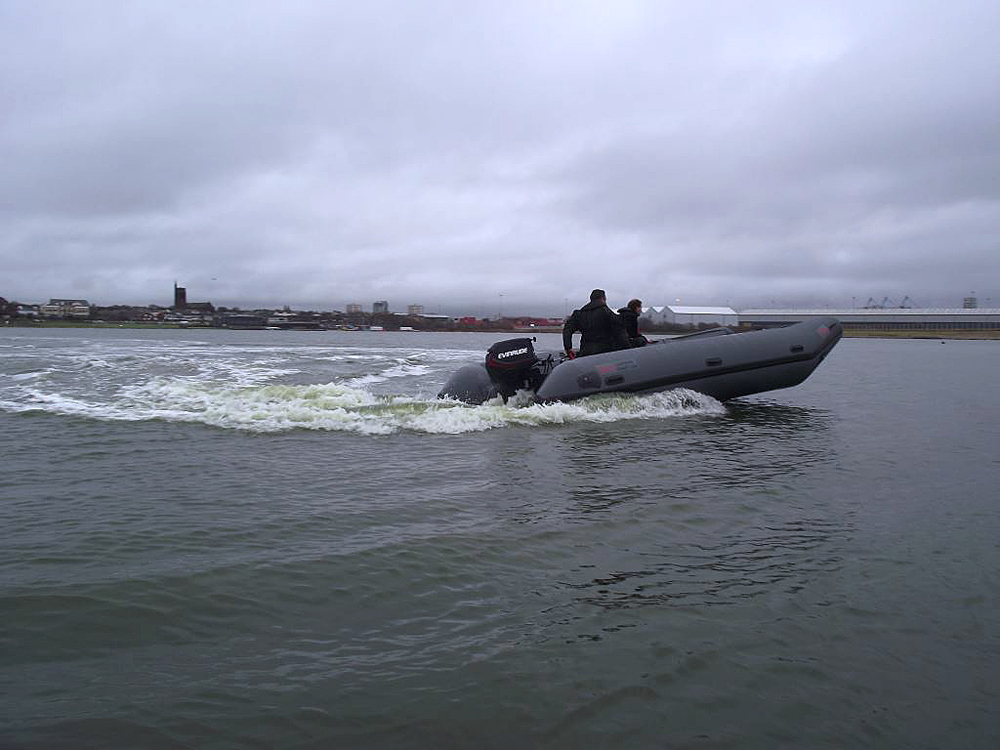 As sea levels rise and flooding becomes ever more prevalent, the new LC600 from SIT is specially designed to be at the forefront of flood rescue efforts.

From Chile to Texas, to Malaysia, Tanzania and Tbilisi, the entire globe has been beset by flood disasters. We’ve recenty had problems in the UK, with Cumbria especially badly affected thanks to Storm Desmond, but this is dwarfed by the heaviest daily downpour in a century which paralysed the state of Tamil Nadu in India in late November 2015. At the centre of the crisis was Chennai, the home to over 4 million people. At least 188 people died in the ongoing floods, with flights and trains suspended and hundreds of left people without power. 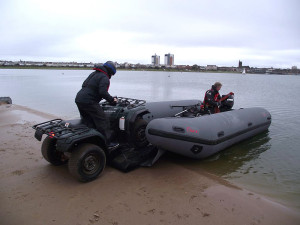 The SIT LC600 is exceptionally easy to deploy

And, it’s only going to get worse…

As we move into the future, the latest climate projections indicate that sea levels will continue to rise significantly, resulting in increasingly severe and frequent rainstorms. This means the risk of floods is increasing – all around the world. MST’s Sales Director Philip Hilbert comments ‘It’s not so long ago that floods here in England showed the damage fast-moving water can do. Just 6 inches of moving flood water can knock you down, and 2 feet of water can sweep away a car. Serious flooding can happen at any time, anywhere in the world. 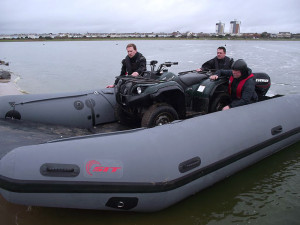 Philip continues ‘At MST, it just isn’t in our DNA to merely observe these events. With this in mind, the team at SIT chose to create a vessel dedicated to helping the emergency services deal with such scenarios.’

The specialists in inflatable technology.

MST’s sister company SIT are a world-leader in the design and manufacture of low pressure inflatables and specialise in the manufacture of rescue equipment for the emergency services, as well as Air Jack Cushions for vehicle recovery, White Water rafts and Kayaks and RIB Sponsons.

SIT recently tested the brand new LC600, which is 6 metres in length. The design utilises state-of-the-art, specialist double-skinned Hypalon® materials, which allow the creation of high pressure inflatable panels, decks and ramps. Combined with an innovative hull design and oversized main sponsons, the small but agile craft can easily accommodate supplies and machinery such as quad bikes, mini diggers and other small vehicles and transport them at high speed across lakes, rivers or flood water with minimal horsepower and requirement for depth of water. 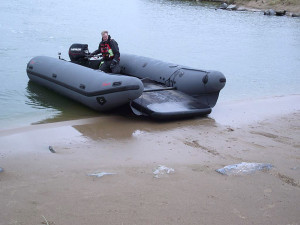 Other use include constructions works,
environmental surveying, security and expeditions

The adaptable LC600 is a game-changer!

The entire craft can be transported, deflated and efficiently packed in a special valise and can be transported by the vessels in MST’s Military Inflatable Boats (MIB) range. Once on site, the craft can be deployed within seconds using high pressure ‘BA’ (breathing apparatus) bottles or in minutes with traditional hand or foot pumps.

The LC600 is also be easily lifted and carried by 4 people and can be deployed almost anywhere. Once on the water, this adaptable, lightweight craft provides an extraordinary flat, stable and safe working platform.

LC600’s very simple and yet ingenious bow ramp design allows easy loading of vehicles, equipment, personnel or casualties. When used in a rescue scenario, the bow ramp provides direct access into the water and facilitates recovery of casualties with injuries with minimal effort; essential when dealing with suspected spinal injuries.

Other applications for this new craft are broad reaching and include constructions works, environmental surveying, security and expeditions. 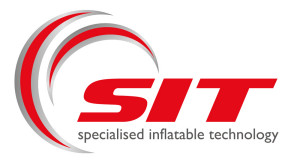 Philip concludes saying ‘In Tamil Nadu the flooding has created havoc in the city, countryside and the surrounding coastal regions. The seriousness of the situation can be gauged from the fact that personnel from all three defence services have been pressed into relief and rescue work. We’re sure the new SIT LC600 is going to prove a invalueable addition to any organisation involved in flood rescue. The team at SIT are confident that the new craft will make us all immensely proud in the future, by saving lives and making a real difference all over the globe.’